With the flats starting to clear a few weeks after the subtropical storm, the bite is starting to turn back on. With calm seas that were predicted for Saturday morning, we decided to make a run off St. Marks to a nearshore rocky area in 20 feet that has produced for us in the past. After gathering 30 live pinfish, we headed to our spot to find Goliath grouper, cobia, and large apex predators (sharks) in the area. After hooking a few large sharks and Goliath grouper, we hooked what we came for, a nice keeper cobia. After boxing the cobia, we were preparing to leave when a monster 10 foot tiger shark showed up with 2 cobia hot on his trail. We pitched baits to them and hooked the smaller of the two which came up just short. After that we headed inshore to a favorite creek of ours. It wasn’t long before the drag was screaming off Eric’s reel. After a few strong runs, he had the 27″ Red boat side. What an afternoon, cobia and redfish. 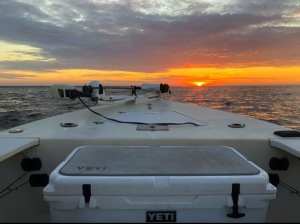 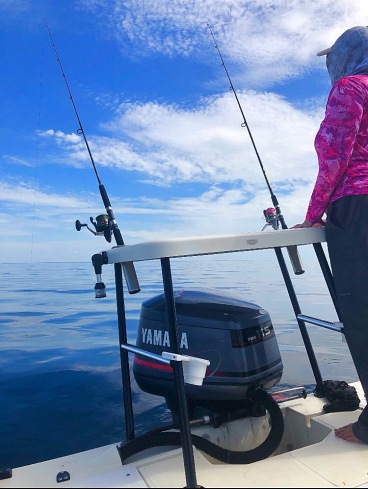 On Sunday, Nicole and I tried to sneak out and hit a few creeks near the lighthouse before storms but it wasn’t meant to be. We were chased around by storm after storm. The rain and wind don’t bother us, but we don’t mess with lightening. This time of year you have to expect some days are just not meant to be. There is always a tomorrow for the responsible boater, so don’t be a statistic and head in when conditions appear to be deteriorating.

This time of year presents endless opportunities to target many different species that frequent the shoreline and nearshore areas of the Forgotten Coast. The tarpon are in full swing off of Turkey Point Shoal right now. I have seen a few pics from local area captains with nice catches of tripletail. The speckled trout bite has started to pick up with the clearing waters. The best tactic for targeting specs’ will be to think shallow water early, and deeper later in the day. Topwater fishing should do the trick early, and plastics under a cork or on the bottom will work the rest of the day. Offshore, American Red Snapper (ARS) have opened in state and federal waters. In addition, gag grouper are open in state and federal waters. These species can be taken in 30 feet of water out to the middle grounds. The king mackerel bite has been strong with fish up to 40 lbs being caught in the area. I received a text from a friend with a huge king being caught in 50 feet of water while flat lining a bait while bottom fishing for grouper.

The bite is strong right now, get out their and get it done.

What are you looking for? 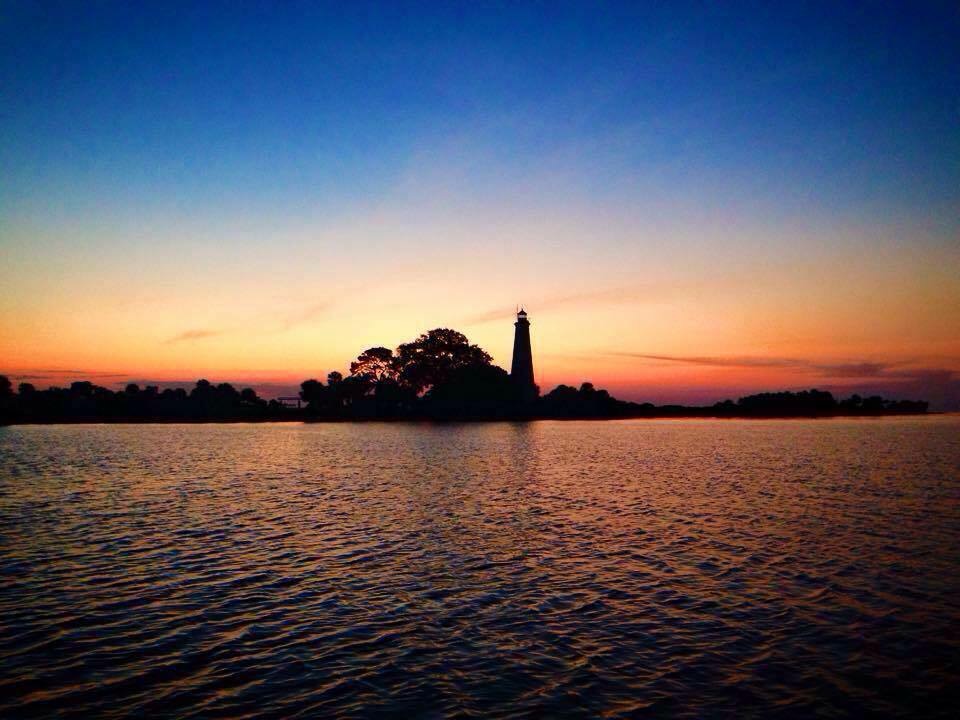